I'm trying to get into shape so I am at the gym a lot in the evenings.  I try to go during dinner so I can spend quality time with the kids playing.  Then I get a text with this on it.  Maybe I should rethink going out during dinner. 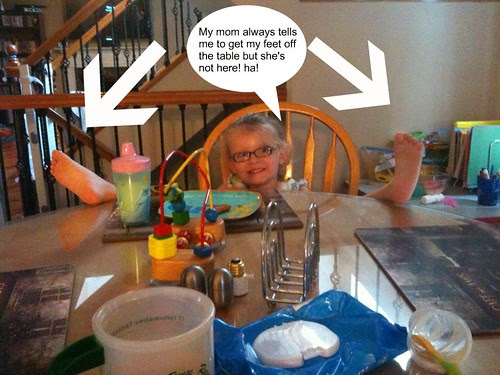 Posted by mommyski at 7:48 PM No comments:

Libby loves animals.  She constantly asks about riding horses specifically.  When I learned that her daycare was going to have a pony riding day I jumped at the chance to document it with my camera.  She didn't disappointed and was so happy to be on that horse - whose name was Honey. 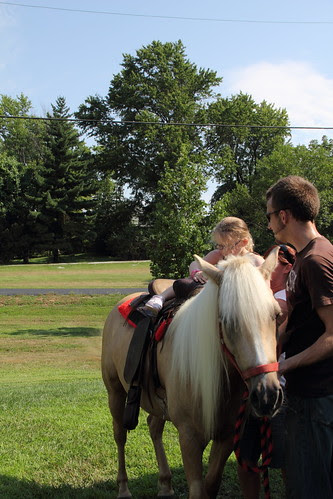 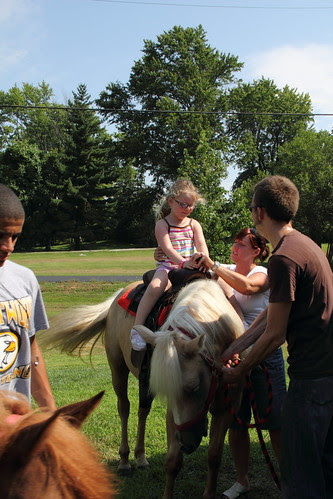 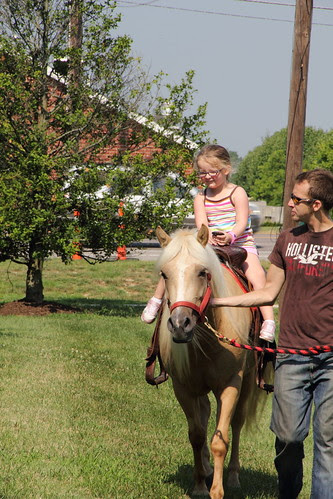 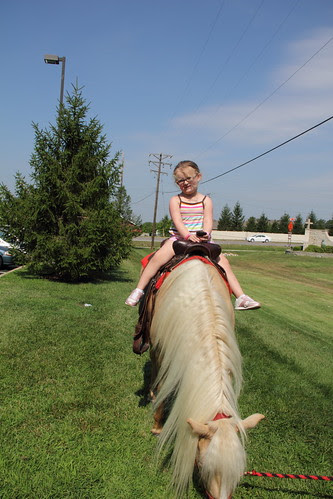 Posted by mommyski at 7:40 PM No comments: 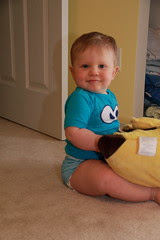 Everyone says my kids look exactly alike...well, here is Libby at 11 months vs TJ at 11 months.  What do you think? 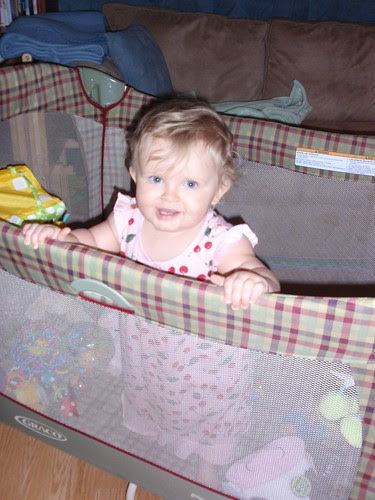 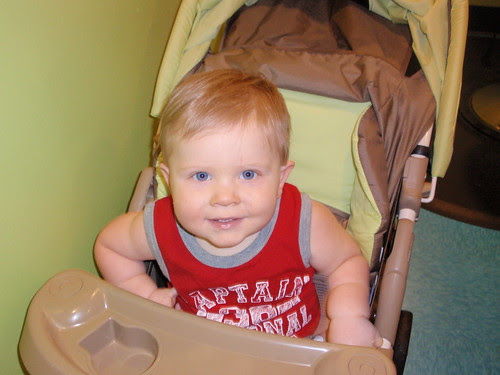 Posted by mommyski at 5:31 AM No comments:

Obviously I have gotten busy...erm lazy ... in terms of posting here.  I can't believe I skipped TJ's 10 month post!  Shame on me!  In any case, lots have happened in the past few months.  Here are some of the most noteworthy:
That's about all that is fit to print for us for the past 2 months.  It is hard to believe the next time I write one of these he'll no longer be considered a baby.  Of course, he'll always be my baby. =)
Posted by mommyski at 7:40 PM No comments:

TJ had his first real hair cut today.  I took him to Sweet & Sassy at West County Mall and made an afternoon of it.  First we went shopping for his birthday party stuff and then people watched at the mall until his appointment at 3:00.  It was awesome just getting to spend one on one time with him.  I was a tad nervous about the hair cut and made it on a whim yesterday after noticing how crazy his hair had gotten in the last few days.  As usual, he showed me I had nothing to worry about and that he is just an angel.  He no longer looks like a baby though and looks like a little man.  Adorable!!  Here are the before/after pictures with more to come later that weren't taken with my phone =)


Before (after just waking up from a nap) 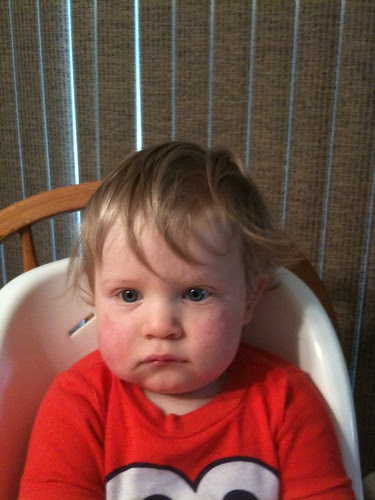 And after including a celebratory cookie since he was so awesome! 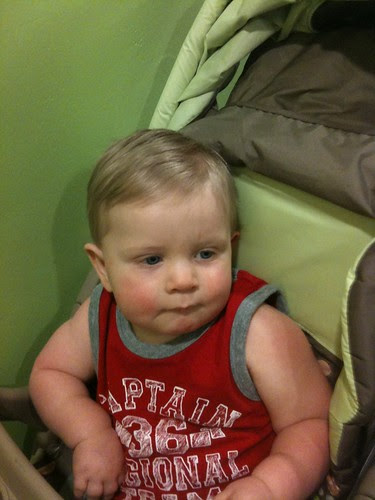 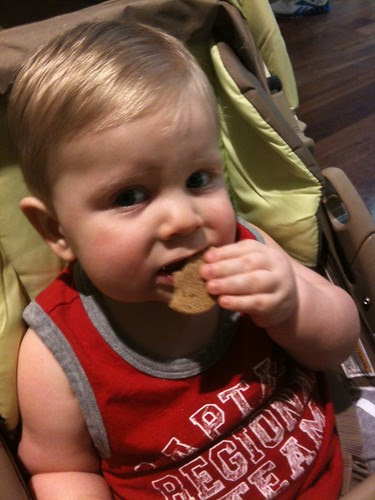 Posted by mommyski at 7:24 PM No comments: